It has come to an end

You have come up to a
dead end road…

So please, don’t make things any
harder than what they are

Understand for once, that everything
that we had hoped for in life has been
taken away and you must leave now,

…because what we once had can’t be repaired
So go on your way – that it has
come to an end.

It’s true what those who once were loved & lost their love said;
“ You don’t know what you have until you lose them ”
He was a fool to not notice the value of her true love
For now, he finds himself alone in this world, walking through the
Cold and dark streets trying to understand that heart of his
But he just can’t seem to figure out why he did such a thing

Why he made her shatter so many tears?
Caused her all those pain…
Pushed her away…
Why?

If he remembers being in love with her, deeply! in love with her, I should say
And no, there’s no other woman in his life – no other has taken his
Heart, he just fell out of love
It just got to a point where he feared love, feared that it wasn’t
Meant for him – so he let everything fade away

So think well before you speak and pay close attention to your
Actions before you hurt the one you say you truly love
And if you have time, step back and see what you’ve done wrong.

There I am alone inside my room laying on the bed
I close my eyes and start to feel my body getting weaker and there I was, looking down on
my own body gasping for air
Oh, my…
I’m dying slowly and nobody knows that I will be leaving their life’s this February night

Jesus, blow into my lungs another breath of life before
I go to let my family and friends how much I love them
That I’d waited for them in heaven’s loving light and there’s no need for them to cry
after I am gone, for I will be with you and the memories of me will stay with all of them

“My child, you are great at heart – your loved ones and friends always knew that. They all
knew how strong you were and the love that you had to offer them. And no, they will never
forget you…Come on now, hold my hand. I’m going to take you to a place where the sorrow
and darkness do not exist.”

However, before I go I told myself, I took one last look at them all and began to say, my
time has arrived and I must go now. I love you all and it will be until we meet once again.

Intruder who hides behind walls of the unknown
Those who know the intruder calls it,
Master of all underground

He who wishes to serve it must give
Their soul, for they will worship its evilness
Be aware of the intruder, because it will find
You and make you his next victim – a prisoner

You may run but you can not hide from the
Intruder and its soldiers.

Life could be cruel sometimes I thought
to myself while my tears began to get
confuse with the rain – I said a little
prayer: Lord would I lose her forever?

Now I take one last look at her bright
brown eyes and while giving her one last
goodbye kiss, I whisper to her: I would
keep you deep inside my heart – I promise
you.

*This poem I wrote was written by a guy perspective.*

A wife and mother of two adorable / energetic boys, a godly daughter who loves and worships the Lord. A warmhearted person who enjoy natures' beauty in all its seasons, while searching her inspiration and creativity writing poetry or simply being crafty with her yarn & hook. 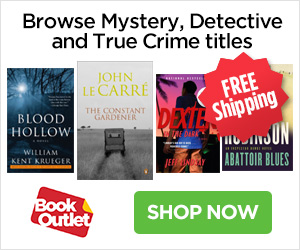